Rather than carefully weighing the scientific data on gender dysphoria and its treatments, we’re experimenting on children.
by Mona Charen Seventeen legislatures are considering laws that would dictate how medical personnel can treat transgender youth—the latest flash point in the culture war. Arkansas Governor Asa Hutchinson surprised observers this week when he vetoed one of those bills. It would have outlawed puberty blockers, cross-sex hormone treatment, and “gender affirming” surgeries for children. For this Republican governor, the bill represented a “vast government overreach” into “some of the most complex and sensitive matters involving young people.”

The governor has a point. The Arkansas legislature and 16 others are attempting to big foot a complex issue. With rare exceptions (such as limitations on assisted suicide and abortion), legislatures are not the best place for decision-making about medical issues. But in our hyper-hysterical culture, it’s becoming less and less possible to engage in these debates where they belong—in the realm of science and journalism. Questions about how best to treat children with gender dysphoria surely belong in the evidence-based world of medical science, psychology and psychiatry, and in the journals, newspapers, books, and websites that test ideas for reliability and truth. Jonathan Rauch’s new book The Constitution of Knowledge is a brilliant meditation on how the mechanisms of truth-testing have evolved over the centuries.

One essential feature of a truth-testing system, Rauch writes, is pluralism. “The reality-based community not only accepts viewpoint diversity, it positively depends upon viewpoint diversity . . . it requires maximum freedom to propose, to critique, to challenge, to defend; otherwise confirmation bias and conformity reign supreme.” 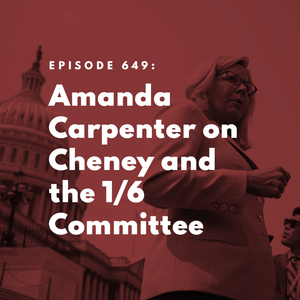 Podcast · July 27 2021
Amanda Carpenter on Cheney and the 1/6 Committee
On today's podcast, Amanda Carpenter joins host Charlie Sykes to discuss the Cheney vs. McCarthy, the first day of the J...

The American Civil Liberties Union lists all legislation touching upon transgender issues (even those pertaining to children) under the heading of “anti-trans” bills. And many a feminist, including J.K. Rowling, has been labelled a TERF (trans-exclusionary radical feminist) for disputing some parts of gender ideology.

We are in the early stages of understanding gender dysphoria and trans-sexualism. Until very recently, these matters were hardly studied at all. Yet there has been a stampede toward an arguably risky approach to treating children that involves drastic interference with both physical and psychological development.

Perhaps in time we will learn that gender-affirming treatments are the best response to children who present with symptoms of gender dysphoria. But those who object that these treatments have not been proven to be safe and effective deserve a hearing. We are delaying the distribution of the COVID vaccines to children because it hasn’t yet been fully tested on those under 16. Yet the use of puberty blocking drugs has been widely adopted despite the lack of clinical trials. As the Economist reported:

Because they are not licensed for gender medicine, drug firms have done no trials. Record-keeping in many clinics is poor. A 2018 review by researchers at the University of Melbourne described the evidence for their use as ‘low-quality.’ In December British judges likewise flagged the lack of a ‘firm evidence base’ when ruling that children were unlikely to be able to give meaningful consent to taking them.

The U.K.’s National Health Service recently revised its guidance on puberty-blockers. Whereas they had previously assured parents that the effects of these drugs—which suppress hormones and thus delay puberty—were “fully reversible,” they now say that “little is known about the long-term side effects of hormone or puberty blockers.” They further advise that “it is not known” what the psychological effects of taking these drugs might be and “whether hormone blockers affect the development of the teenage brain or children’s bones. Side effects may also include hot flushes, fatigue and mood alterations.”

Pubertal suppression is not without risks. Delaying puberty beyond one’s peers can also be stressful and can lead to lower self-esteem and increased risk taking. Some experts believe that genital underdevelopment may limit some potential reconstructive options. Research on long-term risks, particularly in terms of bone metabolism and fertility, is currently limited and provides varied results.

Skeptics of the new orthodoxy, such as the Society for Evidence Based Gender Medicine, point out that child-onset gender dysphoria seems to be different from adolescent-onset dysphoria. Research suggests that between 61 and 98 percent of children treated for gender dysphoria with psychological counseling eventually become reconciled to their natal sex after passing through puberty. (There are no studies on youths who become gender dysphoric in adolescence.) But among children treated with puberty blockers, only between 2 and 4 percent become comfortable with their sex, meaning the overwhelming majority move on to cross-hormone treatment and surgery. Starting a child on puberty-blockers may not have an easy off-ramp but may instead be the start of what the Economistcalled a “cascade of interventions.”

Advocates of gender-affirming treatment often compare doubters to those who once regarded homosexuals as mental defectives. The affirming approach, they argue, is more in keeping with honoring people for who they really are. Perhaps that’s right. But we are not talking about adults. Children are works in progress. They go through phases.

It’s not trans-phobic to worry that the current stress on transsexualism may be confusing to children. There is tremendous variability in males and females. An effeminate male in the current climate might be encouraged to believe he’s transsexual, rather than just what he is. Ditto for girls who hate frilly dresses and dolls. There are untypical males and females who are just part of the spectrum.

Children and teenagers are not considered capable of giving informed consent for serious medical interventions, or often, even for minor ones. Most states require a parent’s permission for a tattoo. Keira Bell, a 23-year-old, is currently suing the NHS for failing to discourage her from transitioning from female to male. She says she was a tomboy as a child and was referred to a gender clinic at 16. Affirmation didn’t work for her, she told the BBC: “I should have been challenged on the proposals or the claims that I was making for myself. And I think that would have made a big difference as well. If I was just challenged on the things I was saying.”

Some have suggested that those who raise questions about gender-affirming therapy are recapitulating the discredited “conversion therapy” for the new era. But a number of studies have suggested that the most likely outcome for gender dysphoric children who go through natural puberty is that they cease to be uncomfortable with their sex and identify as gay or lesbian. Is that the fate we are so eager to prevent?

Further research may prove that this is in error. I’m open to that possibility. And clearly there are people who experience gender dysphoria starting in childhood and do not shed it at puberty. They deserve sensitive and compassionate care as well as respect. It’s possible that fears about the risks of puberty blockers and cross-hormone treatments will prove unfounded. But the important thing is to do the research and make decisions based upon evidence. The proper treatment of gender dysphoric children should not be hijacked as a social justice movement—nor as a backlash against it.