Kevin McCarthy met with Trump before announcing his appointees.
by Tim Miller Freshman Rep. Troy Nehls (R.-Tx., in the blue shirt) joins Capitol Police officers in barricading the doors to the House chamber during the January 6 mob attack on the Capitol. He has been named a member of the House committee investigating the events of that day. (Photo by Drew Angerer/Getty Images)
Share on Facebook Share on Twitter Share via email Print

After a pilgrimage to Bedminster to get the blessing of the GOP’s Apricot Archbishop, House Republican Leader Kevin McCarthy announced yesterday that he would after all appoint Republican members to Speaker Nancy Pelosi’s select committee investigating the January 6 insurrection.

McCarthy had vacillated for weeks on the decision. Politico reported that he considered “naming more experienced members to the probe, filling his seats with firebrands, and refusing to tap any members at all.”

In the end the invertebrate House minority leader took the most low-risk path he could, appointing a pair of firebrands named Jim to please Daddy T and filling the other committee seats with lesser-known members, including one in his first term. Among McCarthy’s picks there are two more appointees named Jim than there are women or people of color. Take a look.

McCarthy reportedly had some difficulty finding Republican representatives willing to participate in the committee—but Jim Jordan was undoubtedly eager to join. Everyone knows what to expect from Jordan, the sweaty, jacketless, former wrestling coach who worked alongside a serial sexual assaulter while simultaneously not ever seeming to notice and allegedly telling one of his wrestlers he should help cover it up. Given this expertise, Trump surely wanted Jordan on the committee.

The committee’s ranking member will be Jim “Numero Dos” Banks. He is an election truther who polled his constituents on whether or not he should cancel the votes of citizens from other states. The new chairman of the House Republican Study Committee, he was among the members of Congress who joined Donald Trump in visiting the U.S.-Mexico border last month. Banks’s communications director is Buckley Carlson, son of Tucker, ensuring that the White Power Hour will have a direct line to leaks from the committee.

Troy Nehls, a former sheriff and freshman congressman from southeastern Texas, voted to overturn the election like Banks and Jordan. He expressed anger at the Jan. 6 insurrectionists in a Facebook post and helped barricade the doors of the House chamber to protect his colleagues. But he wasn’t so upset that he backtracked when it came to rejecting the election results. Like Jordan and Banks, Nehls received an F from the Republican Accountability Project, having voted against any effort to investigate or hold the insurrectionists accountable before this appointment.

The potentially interesting selections are Armstrong and Davis. Unlike Jordan, Banks, and Nehls, neither Armstrong nor Davis joined in the Jan. 6 votes objecting to the Electoral College results. 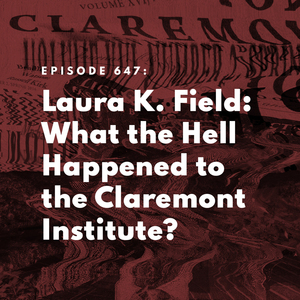 Kelly Armstrong, North Dakota’s member at large, is in only his second term in the House. On January 20 he conspicuously tweeted congratulating President Biden and Harris (it is truly shocking that we live in a world where this is conspicuous, but here we are). He voted against Trump’s second impeachment and against the creation of an independent January 6 commission, but he did say the riot was a “tragedy” and suggested that members “go back and talk some hard truths to your people. I’m going to do it.”

Rodney Davis has gone even further. The congressman has future political ambitions and has been floated as a candidate for governor of Illinois. His southern Illinois district spreads from Champaign, home to the University of Illinois, through rural areas toward very exurban St. Louis. One of just 35 House Republicans who voted in favor of a bipartisan commission, Davis has said that Jan. 6 was “one of the worst days this great country has ever seen.”

In voting against the second impeachment of Trump, Davis said, “There must be accountability for leaders who deliberately misled the public but I fear that without thoughtful and clear-eyed leadership from both sides of the aisle, we are in danger of further violence and political unrest. There must be a full accounting of what happened leading up to and on the day of January 6th.”

Both Armstrong and Davis will now have the opportunity to live up to their rhetoric. When the committee starts holding hearings later this month, will they tell “hard truths” to their people? Will they ensure there is accountability for those who “deliberately misled the public,” a category that includes their fellow committee members? Since the slow-motion clownish coup commenced, we have seen a small smattering of Republicans—such as Liz Cheney, whom Pelosi put on the committee—step up and do the right thing. For Armstrong and Davis, this will be their opportunity. They will be the members to watch.

But since Donald’s Kevin appointed them, I’m not holding my breath.