Thank you Mr. McAuliffe, may I have another.
by Tim Miller The once-thriving Republican Party of Virginia has gone all but extinct in less than a decade. The Democrats have swept the statewide elected offices, hold both Senate seats, and control both the House of Delegates and the state Senate. Joe Biden crushed Donald Trump by 10 points and nearly half a million votes. (Or so they say. Rudy is still on the case.)

So you would think—given Virginia voters’ utter repudiation of everything that the GOP has put forward during the Trump years—that the party might consider a new approach.

It’s not as if the Democrats haven’t provided the Republicans some opportunities. The sitting Democratic governor moonwalked his way out of a blackface scandal. The state’s teachers unions have gone to absurd lengths to keep kids out of schools in the once-purple and now-blue northern Virginia suburbs. The favorite to win the Democratic nomination for governor, Terry McAuliffe, is charming, no doubt, but also a retread who faced a swampy insider deal scandal the last time he held the job.

One could imagine a scenario in which Virginia Republicans take this opportunity to find a candidate untainted by Trump, who could win back the suburban red dogs and continue the state’s longstanding tradition of rebuking the new president’s party in the first off-year contest. (Fun fact: Over the last four decades, in every post-presidential election year but one, the party that won the White House has lost the election for Virginia governor.)

In fact there was a logical option in Barbara Comstock, a former two-term congresswoman who opposed President Trump and has consistently condemned the election lies being pushed by the MAGAverse.

With eight months until the first statewide elections of the Biden era, these wahoos are asking for more pain. There’s no room in the party for an anti-insurrection conservative like Comstock. Instead the VA GOP poobahs watched the siege of the Capitol across the river and decided the message they need to send to voters is either “Hell yeah!” or “You have to admit, they had a point . . .”

Thank you, Mr. McAuliffe, may I have another. 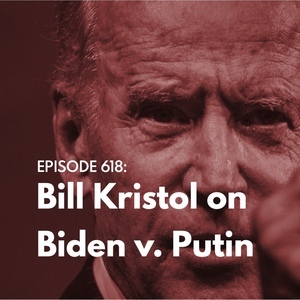 I reached out to all the campaigns to give them another opportunity to state clearly that the current president had legitimately won both the state of Virginia and the presidency. None of them chose to do so.

The current frontrunner in the race is also the most fervent Big Lie backer of the group: Amanda Chase. Or as she has dubbed herself “Trump In Heels.” (Between Chase, MTG, Lauren Boebert, and Rudy, the contest to be the next Trump-in-Drag Superstar is fierce).

In mid-December Chase called on the then-defeated president to declare “martial law as recommended by General Flynn.” She spoke at the “Stop the Steal” rally immediately preceding the Capitol insurrection. Following the siege, Chase posted a video on Facebook in which she said: “When you give them no other options, when you cheat them of their elections, when you take away their constitutional rights and freedoms, you’re backing patriots like myself into a corner.”

She continued, “We would like to have a peaceful [resolution] to the events of today, but as you can see, there are already many patriots that have—we’ve had enough.” The next night she called the Capitol police themselves murderers for having shot one of the Great Patriot insurrectionists.

So mark her down as pro-cop killing and pro-coup.

But hey, just because the frontrunner is an unapologetic insurrectionist doesn’t mean it’s all lost, right? There have to be some “good Republicans” who can take her down?

The candidates closest to that description are the “mainstream” businessmen in the race: Pete Snyder and Glenn Youngkin, both of whom recently provided Fox News with “exclusives” on their effort to defend voter integrity in a state where there is no evidence that meaningful voter fraud occurred.

Snyder is a longtime establishment figure who is beginning to border on gadfly status thanks to his repeated failing campaigns. In his last bid he ran for lieutenant governor and positioned himself as a younger, mainstream alternative to Minnesota neo-Confederate Corey Stewart and insane pastor E.W. Jackson (who went on to win the nomination in the VA GOP’s brilliant convention system). Since then Snyder has pivoted hard-MAGA. So much so that he now counts E.W. among his supporters.

When it comes to the Big Lie, Snyder is Big Onboard. He “repeatedly declined to say whether Trump or Biden had won the White House” in an interview on January 6 before the riot broke out at the Capitol, according to the Washington Post.

Since then he has released an “Election Integrity Policy Plan” that he dubs “Honest Vote” and is running a radio ad about stopping “the liberals from rigging the [electoral] system.”

Snyder announced that former Trump Homeland Security official, Big Lie perpetrator, and failed Virginia gubernatorial candidate Ken Cuccinelli would be one of the co-chairs of the effort to oversee this election integrity plan. That would be like putting the Hamburglar in charge of the Hamburger Theft Integrity Plan. But then again, I suppose that’s the point.

In a recent Town Talk, Snyder said that the election fraud issue “is cultural for Republicans” because “we play by the rules” and “other people don’t.” (I will reiterate that it was Republicans who tried to steal the most recent election—including the launching of a deadly insurrection that has lead to the arrests of hundreds of Trump supporters—and that their current “culture” is based on advancing fraud claims so outlandishly false that when they are forced to answer for them in court, their defense is that their own words are too ridiculous to be believed.)

The other “mainstream” candidate is Glenn Youngkin, who is a little less ostentatious in his voter-fraud theater but no more truthful about election integrity. When asked whether he believed Joe Biden stole the election, Youngkin said “no” but then declined to say whether Biden had been elected legitimately. (How these two facts square is hard to understand. Maybe Antifa stole the election without Sleepy Joe realizing it?) Youngkin has since announced that he would make voter fraud a “top priority.” He told Fox that “Virginians should not worry that votes aren’t counted properly or that improper voting occurred.”

Why would they be worried about that in the first place? Youngkin skips over that part.

The race’s lesser known contenders aren’t missing out on the action either. Sergio de la Peña, whose campaign site has so many photos of him in fatigues that you might think he is running to lead a military junta, went to an endorsement event with Philip Andrew Hamilton, a literal insurrectionist, who went to the Jan. 6 rally carrying the sign “End the Lie. Decertify.”

At the event de la Peña said Virginia needs more GOP election observers to make sure elections aren’t stolen: “You need to have a badge.”

But when it comes to fringe candidates, it’s Merle Rutledge who really brings the Kraken. In an avant-garde Election Civil War video posted on his Facebook page, Merle, wearing a red hoodie, comes out to the opening bars of Eminem’s “Lose Yourself” with the chyron: “Tired of the Talk and the Establishment Gimmicks. We are at War for this Country not your feelings!”

Which is, you know, kind of the opposite of what’s going on. But whatever.

Rutledge opens by bashing the “RINOs, the pieces of trash, and the establishment crackheads” before dipping deep into Lin Wood’s supply.

“I said a long time ago, we should have checked those Dominion machines before the election even happen, just to make sure, because we knew that the Democrats were going to be screwing around.”

He continues: “While the DNC had their priorities together about rigging the machines at our complacency, that’s what happened. So, when it came down to the election, they already knew what the results were going to be.”

It would all be funny if it wasn’t for the fact that Rutledge is merely saying out loud what all the “respectable” candidates are hoping they can convey through allusion.